One scenario that can be quickly uncovered by Cross Instance Diffing is the situation where there are more restrictive permissions on the Cognos object in an upstream Cognos environment (e.g. Production).    We’ll use this scenario as the example below.

To begin, we’ll login to MotioCI and navigate to the report of interest under one of the versioned Cognos environments. In this example we’ve selected the “Actual vs Target Sales” report in the Development Cognos instance.  To the right, the selected object’s revision history tab appears. Next, we’ll click on the revision number we want to use in the comparison so that it’s highlighted gray (we’ll pick the latest revision, which is what’s currently in the Content Store). Now we’ll click on the Spec Diff Icon in the top right corner. This will open the “Cross Instance Diff” window, where we will select the object in another Cognos environment which is monitored by MotioCI. In this example, we’ll choose the same “Actual vs Target Sales” report under the “Integration and Testing” environment (note it is also possible to compare different objects across the two Cognos environments).

We’ll select the specific version we want to compare and a confirmation box will appear.  Click “Yes” to continue.

Now we’ll see a side-by-side comparison of the “Actual vs Target Sales” report in the two designated Cognos Environments.  This “diff” view will show differences not only in the report specification, but also a side-by-side comparison of all properties (including security policies).  If a user was having an issue running or editing this report caused by policy differences between the two environments, it is quickly identified using MotioCI’s “cross instance diff” feature.

MotioCI’s Cross Instance Diffing capability is a simple to use yet powerful feature to help debug issues from different Cognos environments. 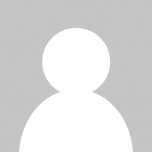 Locate and Mass Update Fonts in ALL your Cognos Reports, Quickly and Easily

Imagine your organization has decided to update their brand, and you’re tasked with updating the...

MotioCI proactively versions all modifications in a Cognos environment. This includes changes made in the authoring...

One of the central capabilities of MotioCI is automated version control for all Cognos objects....