Transitioning Cognos to a Different Security Source – The Good, the Bad, and the Ugly

When you need to reconfigure an existing Cognos environment to a use a different external security source (e.g. Active Directory, LDAP, etc), there are a handful of approaches you can take. I like to call them, “The Good, the Bad, and the Ugly.” Before we explore these Good, Bad, and Ugly approaches, let’s take a look at some common scenarios that tend to drive authentication namespace changes in a Cognos environment.

Updating Hardware or OS – Modernizing BI hardware/infrastructure can be a frequent driver. While the rest of Cognos may run like a champ on your sleek new hardware and modern 64-bit OS, good luck migrating your circa-2005 version of Access Manager over to that new platform. Access Manager (first released with Series 7) is a venerable holdover from days gone past for many Cognos customers. It is the sole reason that many customers keep around that crufty old version of Windows Server 2003. The writing has been on the wall for Access Manager for quite some time. It is legacy software. The sooner you can transition away from it, the better.

Application Standardization– Organizations who want to consolidate the authentication of all their applications against one centrally administered corporate directory server (e.g. LDAP, AD).

Mergers & Acquisitions– Company A buys Company B and needs Company B’s Cognos environment to point to Company A’s directory server, without causing issues to their existing BI content or configuration.

Corporate Divestitures– This is the opposite of the merger scenario, a portion of a company is spun off into its own entity and now needs to point it’s existing BI environment at the new security source.

Why Namespace Migrations can be Messy

Pointing a Cognos environment to a new security source is not as simple as adding the new namesapce with the same users, groups, and roles, disconnecting the old namespace, and VOILA!- all of your Cognos users in the new namespace are matched up with their content. In fact, you can often end up with a bloody mess on your hands, and here is why…

All security principals in Cognos (users, groups, roles)  are referenced by a unique identifier called a CAMID. Even if all other attributes are equal, the CAMID for a user in an existing authentication namespace will not be the same as the CAMID for that user in the new namespace. This can wreck havoc on an existing Cognos environment. Even if you only have a few Cognos users, you need to realize that CAMID references exist in MANY different places in your Content Store (and can even exist outside your Content Store in  Framework models, Transformer Models, TM1 Applications, Cubes, Planning Applications etc).

Many Cognos customers mistakenly believe that CAMID’s really only matter for My Folder content, user preferences, etc. This could not be further from the truth. It’s not just a matter of the number of users you have, it’s the amount of Cognos objects that you need to be concerned with. There are over 140 different types of Cognos objects just in the Content Store, many of which may have multiple CAMID references.

It is not uncommon for a sizable Content Store to contain tens of thousands of CAMID references (and we’ve seen some large ones with hundreds of thousands).

Now, do the math on what’s in your Cognos environment and you can see that you’re potentially dealing with hordes of CAMID references. It can be a nightmare! Switching (or re-configuring) your authentication namespace can leave all of these CAMID references in an unresolvable state. This inevitably leads to Cognos content & configuration problems (e.g. schedules which no longer run, content that is no longer secured the way you think it is, packages or cubes which no longer correctly implement data level security, the loss of My Folder content and user preferences, etc.).

Now, knowing that a Cognos environment can have tens of thousands of CAMID references that will require finding, mapping and updating to their corresponding new CAMID value in the new authentication namespace, let’s discuss the Good, Bad & Ugly approaches for solving this problem.

The Good: Namespace Replacement with Persona

The first method (Namespace Replacement) utilizes Motio’s, Persona IQ product. Taking this approach, your existing namespace is “replaced” with a special Persona namespace that allows you to virtualize all security principals that are exposed to Cognos. Pre-existing security principals will be exposed to Cognos with the exact same CAMID as before, even though they may be backed by any number of external security sources (e.g. Active Directory, LDAP or even the Persona database).

The beautiful part about this approach is that it requires ZERO changes to your Cognos content. This is because Persona can maintain the CAMID’s of pre-existing principals, even when they are backed by a new source. So… all those tens of thousands of CAMID references in your Content Store, external models and historical cubes? They can stay exactly as they are. There is no work required.

This is by far the least risky, lowest impact approach you can use for transitioning your existing Cognos environment from one external security source to another.  It can be done in under an hour with about 5 minutes of Cognos downtime (the only Cognos downtime is restarting Cognos once you’ve configured the Persona namespace).

If the easy, low-risk approach just isn’t your cup of tea, then there is another option.

Persona can also be used to perform a Namespace Migration.

This involves installing a second authentication namespace in your Cognos environment, mapping (hopefully) all of your existing security principals (from the old namespace) to corresponding principals in the new namespace, then (here’s the fun part), finding, mapping and updating every single CAMID reference that exists in your Cognos environment : your Content Store, Framework Models, Transformer Models, Historical cubes, TM1 Applications, Planning Applications, etc.

This approach tends to be stressful and process intensive, but if you’re the kind of Cognos administrator who needs a bit of an adrenaline rush to feel alive (and doesn’t mind late night / early morning phone calls), then perhaps… this is the option you’re looking for?

Persona can be used to help automate portions of this process.  It will help you create a mapping between the old security principals and the new security principals, automate the brute force “find, analyze, update” logic for content in your content store, etc. What Persona can automate some of the tasks here, much of the work in this approach involves “people and process” rather than actual technology.

For example – compiling information on every Framework Manager model, every Transformer model, every Planning / TM1 application, every SDK application, who owns them, and planning how they will be updated and redistributed can be a lot of work. Coordinating outages for each of the Cognos environments you wish to attempt this in and maintenance windows during which you can attempt the migration can involve planning and Cognos “down time”.  Coming up with (and executing) an effective test plan for after your migration can also be quite a bear.

Its also quite normal that you’ll want to do this process first in a non-production environment before trying it in production.

While Namespace Migration with Persona does work (and its far better than the “Ugly” approach below), it is more invasive, riskier, involves far more personnel, and takes far more man hours to carry out than Namespace Replacement. Typically migrations need to be done during “off hours”, while the Cognos environment is still online, but restricted form use by end users.

For example, using this approach, a Cognos administrator might attempt to:

While some Cognos masochists might secretly giggle with joy at the idea of clicking 400,000 times in Cognos Connection, for most sensible folks, this approach tends to be extremely tedious,  time consuming and error prone. That’s not the biggest problem with this approach, however.

The biggest problem with this approach is that it almost always leads to an incomplete migration.

Once you think you’re done with this approach, you’re often not really done.

Reasons Why the Bad and Ugly Approaches can be Dreadful:

Why Namespace Replacement is the Best Option

The key risk factors and time consuming steps I just outlined are eliminated when the Persona Namespace Replacement method is used. Using the Namespace Replacement approach, you have 5 minutes of Cognos downtime, and none of your content has to change. The “Good” method seems like a cut and dry “no-brainer” to me. Friday nights are for relaxing, not stressing out over the fact your Content Manager just crashed in the middle of a Namespace Migration. 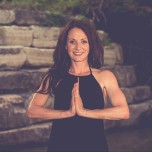