Data vs. Intuition- Why is everybody in BI Talking about it?

Last month, we discussed the benefits of self-service BI in our blog. One risk of self-service BI is that data is open to each individual’s interpretation, and therefore may be subject to opinion and bias. As our society becomes more reliant on data, where does that leave intuition? Does one exist without the other?

According to Peter Sondergaard, senior VP of Gartner Research, “Information is the oil of the 21st century, and analytics is the combustion engine.” But as data integrates itself more and more into every aspect of society as we know it, where does that leave intuition?

After all, it was Einstein himself who said “I believe in intuitions and inspirations. I sometimes feel that I am right. I do not know that I am.”

But to truly understand the debate of Data vs Intuition, we need to understand what each of these represents.

Data is left-brain. It’s logical and calculated. It’s mathematical and scientific. You can collect it. You can test it. It’s based on knowns, facts, and reason.

Then there’s intuition. It’s an age-old embedded sense of “knowing.” It’s instinctive. It’s the right brain. It’s a physiological awareness of our environment and a sub-conscious gathering of data.

So which do you rely on more, data or intuition?

Data drives innovation. By gathering it we are able to not only shape the future but to predict it as well. It gives you or your business a competitive edge when it comes to making informed decisions. It helps you achieve desired results and helps you strategize when searching for solutions to problems.

By using data and following the law of supply and demand, Travis Kalanick, co-founder of Uber, implemented Dynamic Pricing, charging more when demand is higher and less when it’s not, which paid off big in the long run. Geoffrey Moore, author and high profile consultant for companies such as Salesforce, Microsoft, and Google said: “Without big data, you are blind and deaf and in the middle of a freeway.”

On the other hand, the vision you have as a person or a company can’t be explained by data. That’s intuition. It helps you make decisions without solid reasoning which, given our increasing dependence on data, seems like a terrible idea, but many times it pays off BIG.

Bill Allen, CEO of Boeing in the 1950s had a vision that the rest of the company did not see. At that time, Boeing was only making airplanes for the defense industry but his intuition told him that he needed to build a commercial airliner. He fought hard to convince his board that his vision of a commercial plane would be the future of Boeing. That plane was the transcontinental airliner, the 707, and it revolutionized air travel as we know it.

A study at the New Jersey Institute of Technology revealed that 81% of CEOs with high intuition scores doubled their business every 5 years. Even the US military invests in helping soldiers refine their 6th sense because intuition is sometimes more valuable than intellect on the battlefield.

But why do data and intuition have to oppose each other? After all, utilizing them both is synergistic, balanced, whole-brain thinking. Data makes your findings relevant and intuition affirms that with a gut feeling. You can use intuition to create a theory and then test it with data. Essentially, intuition is merely another form of data.

Innovation expert Bernadette Jiwa says that we can’t make a decision without emotion, nor is data always an accurate representation of behavior. She cites the 2016 presidential election as the perfect example of this. “The data said one thing, and actually the “real” story was right under our noses, and we ignored it.” In fact, intuition and data science go hand in hand. Intuition helps give you an understanding of concepts and how to apply them, as well as contextualizing data. There is invisible and implied info in data that has to be interpreted with intuition.

I’ll leave you with a quote from author Malcolm Gladwell. “There can be as much value in the blink of an eye as in months of rational analysis.”

All that being said, which do you rely on more? Are you more data-driven, intuitive, or both? 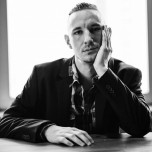 In this special guest blog post, Chirag Shukla, a CITO in the insurance industry, will...

Should I stay or should I go?

As a small business, living in an app-based world, the number of applications we use...